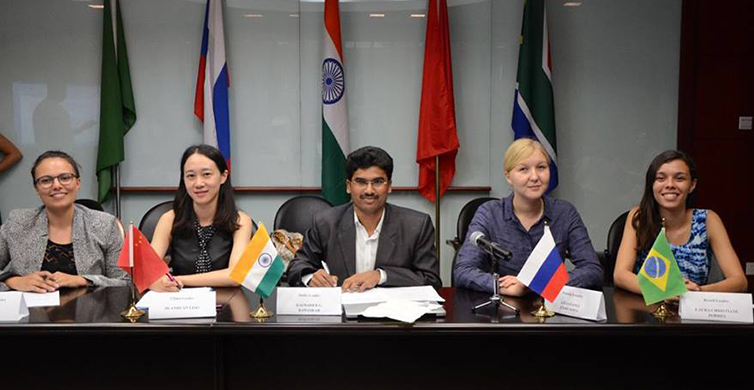 Water, being the primary and limited factor in sustainable development of the humankind, is one the vital geopolitical resource. Access to safe water is necessary for maintaining human health, nutrition, welfare, poverty reduction, and consequently individual human security. The largest consumer of water is the agricultural sector, which in turn also ensures food security. The increasing threats to the available supply of water across the world because of climate change can disrupt food security in both exporting and importing states.

Water shortages and increasing dependence on transboundary resources to meet domestic water needs can also contribute to regional tension and instability as states increase their demand on shared resources. As the demand for water rises, the risk of conflict over water are also set to rise. Confrontation over water and utilization of water resources as an intimidating tactic act as a major hindrance between actors involved. The various actors in the international arena have competing uses for a scarce resource that can lead to disagreements that destabilize communities, countries or regions.

Water diplomacy can be defined as the use of diplomatic instruments to existing or emerging disagreements and conflicts over shared water resources with the aim to solve or mitigate those for the sake of cooperation, regional stability, and peace. Water Diplomacy leverages countries to negotiate agreements on water management. Multiple levels of governance are involved in effective implementation of the transboundary agreements on the ground. Hence, water diplomacy is primarily a function of the authorities of sovereign state. Though, it also involves various other stakeholders such as municipalities, provinces and civil societies in unlocking the cooperation.

Water Diplomacy as a Tool for Peace and Stability

Water security is claimed to be one of the most crucial global issues due to omnipresent water use in human lives not only as a basic need but also in other spheres such as in industry, energy, or agriculture. Growing population and climate change significantly influence water quality and water supply across the world and water disputes acting as a cause of inter-state or intra-state conflict.

National governments use the term ‘water diplomacy’ when referring to issues associated with water scarcity, water conflict, or water cooperation. Policy advisors and policy-oriented scholars use the term to discuss how those in foreign policy solve water conflicts and promote water cooperation for peace. Different instruments can prevent water disputes at early stages, which include (although not limited to): negotiation, mediation, arbitration, litigation, diplomacy, international court and open war.

The Geneva Water Hub has established the Global Observatory for Water and Peace (GOWP) which was a recommendation of the Global High Level on Water and Peace. It provides a platform where countries dealing with conflicts or in need of advice can learn about models of cooperation or receive support in their ongoing negotiations processes.

The end of 19th century witnessed the emergence of different theories and principles reflecting varying state practice on the uses of international rivers and lakes. One of those principles is that of absolute territorial sovereignty which is also known as the Harmon Doctrine (1895) which refers to uses of the waters of the Rio Grande that the United States and Mexico share. Judson Harmon was the Attorney General of the United States of America. His opinion concluded that a state is free to dispose, within its territory, of the waters of an international river in any manner it deems fit, without concern for the harm or adverse impact that such use may cause to other riparian states. Although the basic principles of international law, contrary to the Harmon Doctrine, prohibit riparian states from causing harm to other states, and call for cooperation and peaceful resolution of disputes.

The first treaty on navigational uses was concluded at the beginning of the 19th century, and that treaty was followed by a number of other agreements. Whereas some basic customary rules have emerged, but there is still no universal treaty in force that regulates the non-navigational uses of international watercourses. The Convention on the Law of Non-Navigational Uses of International Watercourses, commonly referred to as the UN Watercourses Convention, is an international treaty, adopted by the United Nations on 21 May 1997, pertaining to the uses and conservation of all waters that cross international boundaries, including both surface and groundwater. the Convention took more than 17 years to enter into force on 17 August 2014. Helsinki Rules were issued in 1966 and the Berlin Rules that were issued in 2004 seven years after the UN Convention was adopted. The Helsinki Rules have been referred to or adopted by a number of organizations and countries as a customary international law.

In 1973, the Asian-African Legal Consultative Committee, Sub-committee on International Rivers, in its meeting in New Delhi, India, the principle of reasonable and equitable share and included, to a large extent, the factors specified in Article V of the Helsinki Rules as the factors for determining such share.

The treaties are the 1996 Mahakali Treaty between Nepal and India and the 1996 Ganges Water Treaty between India and Bangladesh. Both these treaties incorporate several internationally recognized transboundary water resources management principles mentioned under Helsinki rule and UN Watercourse Convention which include the principle of equitable and reasonable utilization, an obligation not to cause significant harm, principles of cooperation, information exchange, notification, consultation and the peaceful settlement of disputes.

Transboundary rivers have not only been a source of conflict but also a source of cooperation across the globe, even among states with a history of animosity and conflict. Since 1960, India and Pakistan have cooperated in the management of their shared Indus River by means of Indus water treaty. Jordan and Israel also have cooperated over their shared transboundary rivers since the formal signing of their Peace Treaty in 1994. The European Union has also tried to develop mechanisms and processes to become an important player in addressing grand challenges.

The world population has tripled in the 20th century and is expected to reach 8 billion by 2025 (United Nations, 2014). Population growth, along with added migration from rural to urban areas, will increase pressure on infrastructure and states throughout the world to provide more water, food, electricity, and sanitation services. Other than population growth, climate change, socio-economic development, and mismanagement of existing water supplies across the world that are expected to act as a challenge to the ability of many states to meet their domestic water needs.

Bryan Lufkin, in his BBC World article, refers to water as the ‘next oil’. In the coming decades, the supply of water has the potential to influence geopolitics, diplomacy and even conflict. The power asymmetry between actors involved in water disputes and the other conflicts such as territorial or boundary disputes and overlaps in the ambition of the co-riparian states also obstruct the cooperation. The lack of skilled manpower in the institutional mechanisms established to implement the policies and achieve the goals of transboundary agreements for water sharing and data sharing also lead to the need to be addressed.

International rivers can provoke cooperation or conflict. As transboundary river basins are experiencing rapid changes through both physical and economic pathways around the world, the field of water conflict and cooperation deserves a re-examination based on these new realities. The policies from the previous century need to be revised based on incorporation of technology in the water diplomacy.